Everything goes here..almost everything!
Post Reply
10 posts • Page 1 of 1

When I first started this game I found a new love, the nostalgia and everything that this game brought back was amazing, it gave me the memory of playing Pokemon Leaf Green on my Gameboy Advance SP, and after a while, I got better at this game I found it a LOT more fun. Then I was able to get my friends to play (IRL) and this game was even better in the competitive aspect as we raced each other in the storyline, but after a while ( When Pokemon Sword & Shield came out) my friends stopped playing because they wanted to play the new core Pokemon games, and since I can't really afford those consoles and the game itself I just stuck to this as this was my best hope to playing a good pokemon. As I grew close to this community it began to be the only game I played every time I came back from school, and I mean the only thing I DID! Then I lost the urge to play and for about 1-2 months I just stopped playing altogether, but I came back after a while I grew back to this game I realized something. I only play this game for the chatting aspect and completely nothing more, the reason I came to this game was no longer the reason I stuck around. This brings me where I'm at the main reason I'm quitting is because of the lack of development and features this game brings, so much potential is outstanding, but not enough people and developers to make it even better, along with some bits of a toxic community and toxic word spread and the usage of it is annoying ( words like KID and CHILD just get annoying), the more I look at it the more I want to just leave, and then with things like updating the forums page, most people would say " be appreciative", and I am don't get me wrong ( Great work Brad), but to be honest a forums update and especially 2 forum updates is the least we need, the first thing to come would be bug fixes and before adding more storyline or events because then after a while adding so many things like that would just add bugs and then there would be too many to fix. Then a storyline, then to get events there should be more staff so events get to come out faster and have more story in them, yes development is hard, VERY hard, but there are things that need to be worked on more.

I guess what I'm saying is I'm leaving and it may be permanent and the decision will be final when I find a new game to go to but know that this game was the best and my first community, I felt like I was actually apart of something. (you can also take this as feedback, I'm talking to you Brad

People I want to pay my respect to when I leave, these people who could make me laugh when no one else could and made me feel apart of something so much bigger)
AKAShadowboy ( Also AKAShadowboi)
Teamrocketyellow (Foxu)
Snooch
Skylarfess
Royale_SDO
MaryJane123
Jollyadrian16
seahawkfan103 (Axel)
CutieFennekin
Electro1317
cringeboy
Jimmy ( He was a real one)

Listen to these songs when im gone, and think of me

Oof... sad to hear that you are leaving.
The bigger the dream the harder the grind.
My goal:

The "oofs" just keep coming...
The bigger the dream the harder the grind.
My goal:

Bruh, i thought no one remembers snooch. snooch is a irl friend of mine. But, I guess this is a good ol' bye to you Shogun.
~𝕻𝖔𝖘𝖙 𝕾𝖎𝖌𝖓𝖊𝖉 𝖇𝖞 𝖝𝖃𝕾𝖞𝖓𝖔𝖃𝖝.

When you notice all the name on the list, but doesn't see mine: dats great, anyways it was nice knowin ya hooman.

- MysticB3akui whispers to you that your not the only nab.....
Currently breeding 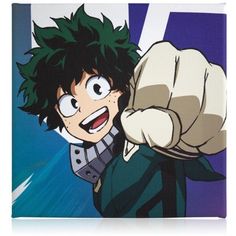 Positivity is key, be grateful, respect others -Jimmy 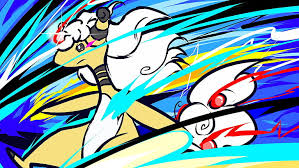 Lol I was thinking the same thing.
The bigger the dream the harder the grind.
My goal:

So I plan to go tomorrow, I'm playing a game called "Card Hunters" and I don't have discord, the game has its own chat so I guess you can talk to me through that, or if you want to pm me on forums, also a few times a month I will come by and talk with you guys to get updates, also I'll keep checking forums daily but other then that I'm completely done Its Time for me to go, Time for me to see a new future, I'm getting tired of this game and there is nothing left for me to do, just a cycle that keeps going, a cycle of killing Pokemon, Well Goodbye to all my very well known friends, Thank You for what you did for me and respected me and for those who keep going good luck their is always a future for all

Return to “Off topic”