Suggestions for Pokemon Legends can be shared here.
Post Reply
2 posts • Page 1 of 1

I thought it would be nice if some event or maybe permanent map I dunno had some kinda space theme , like perhaps it is Orden’s version of Area 51 or sometime,an area closed of to most visitors but after some storyline stuff we get in anyway (perhaps we need to use a Pokemon in a quest to distract a guard,maybe get an ampharos to run in front of the guard to distract him). If this isn’t an event map and is a permanent one it could be that inside their facilities the player will have to do some quests,battle more guards and stuff,and receive the mythical

(cuz it’s like Area 51,and deoxys is an alien). Perhaps outdoors there can be grass patches too. Thought of some encounters:
Night (in grass):

Or they could just be there all day long.
We could just leave the buildings as empty or there could be encounters there (like the houses in oldpine which have encounters despite being indoors)
If there are encounters indoors I suggest

They just seemed to suit the inside of a building in a space related facility.

if you were wondering,yes I am making this because of the Area 51 raid that everyone forgot about. You’ll understand why I suggest ampharos running once you see its running animation https://www.youtube.com/watch?v=_hxb7pOI-cE
No matter how good you are,there's always someone who calls you a noob

And that's okay
BECAUSE YOU CAN ALWAYS GET YOUR REVENGE!!!!!

+1 on that idea its great to add in more mythicals to get, and new pokemon encounters and maybe it could be at the very end so those players who have completed on quests can do this. Also, Lmao on that ampharoes running animation. 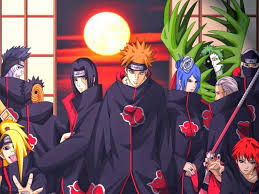