Hello there and welcome to this site to have some joy and some cookies!

This year was a special one that gave us many surprises such like: New Admin, New Update and the good news of a new Gym being repaired and a new Place to fly to.

Winter event is here and if you wish you read the official post, please click here for more info

My many thanks to all members of the staff of Pokemon Legends, including the old and the new Members of the staff! As always I do also want to give my thanks to the following users for making this guide as complete as possible: Biodigital, Nikolina2017, Nexus and Camckee316

After you read the official post, we should go to the Eastbourne GYM and Talk to the red cloaked red NPC. (You will have to defeat the GYM leader forbore you can continue). The NPC will need your help and say yes to help.

--Go out from the gym and walk east to reach the Farm Lands and talk to the farmer.
https://i.imgur.com/RwzPaqJ.png
Walk north and talk to the Zodiacs, we will have to find the Water Sisters, since Capricorn is missing!!

--Go outise the cave and run east, get past the bridge to reach the Oasis. (Optional: you can use Numel Ride system if Numel quest is completed.)
--Once in the Oasis interact with Scorpio who is hiding behind a tree Near the Oasis on the North-east side. We will have to defeat the NPC in a poke-duel (Lvl 65 pokemons) and then Scorpio will go to the cave.
--Go back to Eastbourne town and then reach the shore to find Cancer who is on the North-eastern side, along Krabby. If we want her to meet the other Zodiacs, we will have to give her 10 Krabby lvl 15 (not lower) and she will join.
NOTE: You can find Krabby by walking on the sand. Remember to Enable them for quest and Remove from team, trades, Etc, etc...

--Now go to the route 4 and interact with the black haired Npc. ''Pisces'' will tell you that she needs an Originally owned Pokemons:
Magikarp and Feebas, both lvl 25.... but both will be taken from you!
Magikarp: Can be captured at the lake on the route 4, it is a common Pokemon, lvl up till 25 (DO NOT EVOLVE IT)!
Enable it for quest and remove from your team, trades, etc, etc.. and Sacrifice it to the Statue of Arceus ONLY at day time:
Arceus statue:
Enter the secret grotto at route 3. 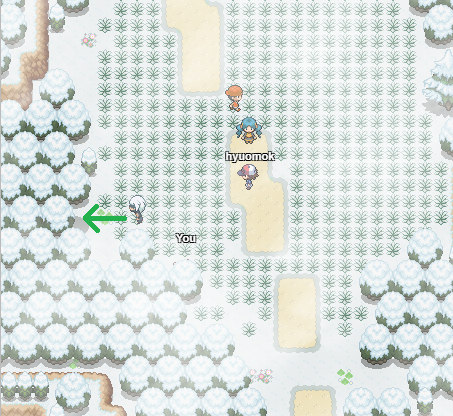 Enter the Garden Of Judgement. 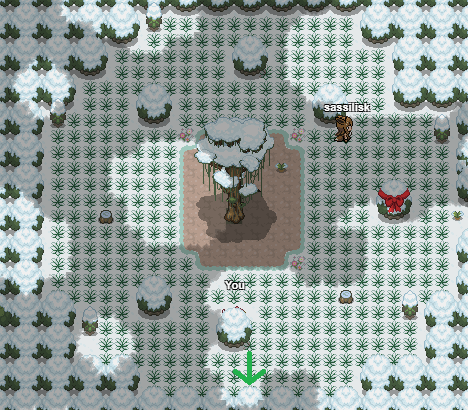 Interact with the Arceus statue on the north side 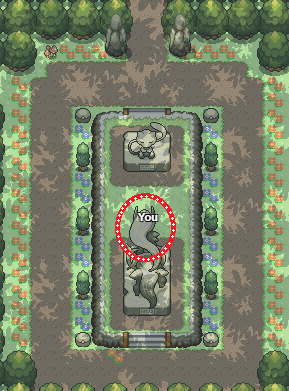 Feebas can be captured at the *Sea Fairy Island cave*, it is an uncommon Pokemon, lvl it up till 25 (DO NOT EVOLVE IT)! Enable it for quest and remove from your team, trades, etc, etc.. and deliver it to the post box in Sea Fairy Island ONLY at night time[/i] 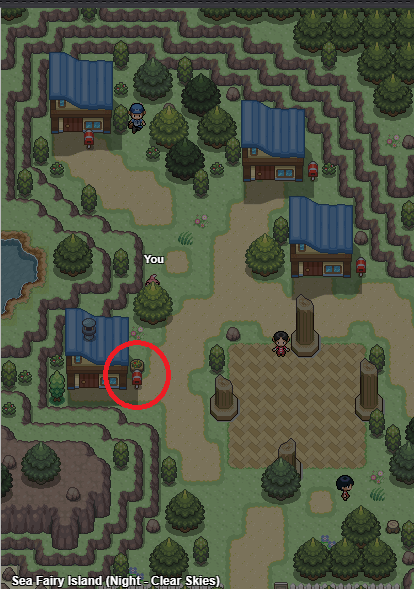 --Go back to the lake in route 4 and talk to Pisces again, back to Easbourne and reach the secret chamber once again to interact with the Zodiacs!

We will need Rapidash, Ampharos and Arcanine lvl 45+.
NOTE: Each of the following brothers do have a Zodiac name but, to identify them easily, I will give them fictitious names.
Go to Safari Zone 2 (Beach) and Talk to the 1st. bother who has a hat, we will need to have ONLY Rapidash in our team and then talk to him again to defeat him in a Poke-duel. Now talk to the Football player having ONLY Ampharos in your team, defeat him in a Poke-duel and then interact with Son Goku SS3 having ONLY your Arcanine in your team, defeat him and then talk to the brother with the hat once more time. (They will return to the chamber but we will have to find the Air Bros, remember?)

Air Bros
--Go to the Darlinghurst Town, go west till the Ranch and talk to the officer (Libra) and he will ask us to find an Altaria that is found in one of the Tournament houses... There are 3 Altaria inside each house. (This might vary from user to user) Good luck. Altaria should go back to the Air bros after you defeat it. Talk to the officer again and we will have to find more Zodiacs.

--Now we should give 2 Pidgeot to the last Zodiacs.. Make sure to have them Enabled for quest and of your team, trades, etc, and reach Dorocoast.
--Go to Dorocoast Dock and talk to the Lady near the bridge on the south side.
--Now we must have in our Pokemon Team a Hitmontop with the move ''Triple Kick''.
NOTE: Having a Steelix lvl 45+ is also recommended to get right now, just to save some time.
--Go back to the Chamber and interact with Gardevoir who will teleport us to Snowleaf.
--Take this Path: 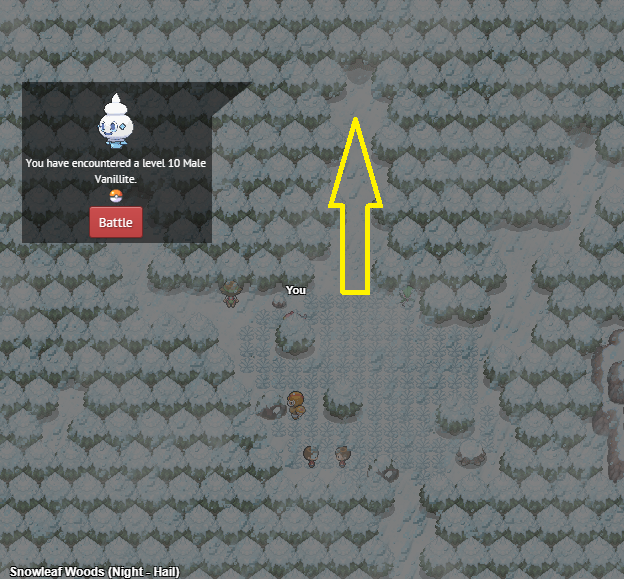 --Now walk north, interact with the cones and Hitmontop will GG them with triple kick.
--Now we must have Steelix as the only Pokemon able to fight in our team (remove the other Pokemon) and Fight the Squad leader.
--Go back to the chamber and meet the Zodiacs along Capricorn and prepare to get the rewards

Rewards/Gifts:
NOTE: The list down below is from the list released on Biodigital's guide made in Spanish, all Credits deserved!


Aries: Fight and win a battle against Aries everyday to win a nugget.

Cancer: Give 5 Candy Canes and you will be able to fight the Blissey Team. (Many as you want)

Leo: Give 5 Candy Canes and you will get 1x Rebirth Crystal. (Many as you want)

Virgo: Speaking with Virgo will allow you to get back to the Snowleaf Mountain.

Libra: Find hes new Altaria at the Grand Maze to get an Altarianite. Follow this map (Click here) (One for each user)

Scorpio: Fight and win a battle against Aries every 72 hours to get a lvl 5 skorupi.

Sagittarius: Show 5 movements that do affect accuracy and evasion to get an Ice Stone. (Only 1 for each user)

Pisces: Give 25 Candy Canes to get a lvl 5 Clauncher. (You can get many as you want, I'm pretty sure)

How to get Candy Canes?
So far it seems to be possible to get them from ''Ice wild Pokemons'' from the Event: 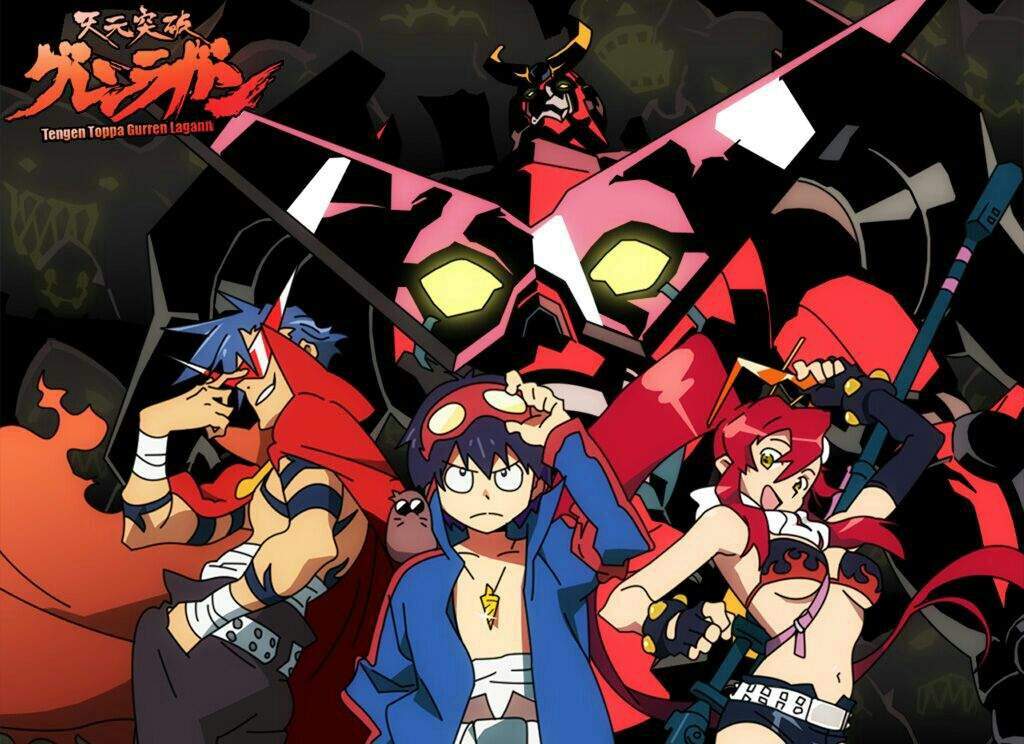 I think there is a mistake .. feebas has to be delivered at NIGHT time ..

You are right! Thanks for the correction!

You are right! Thanks for the correction!